The trip price covers everything: accommodation, transfers, daily tours and most meals (check the itinerary for details). Tipping of local guides is also cared for so you can focus on your holiday.

We do all the work – research convenient, safe hotels and include meaningful experiences. Pre-departure, we send travel information and a suggested packing list. You will have an escort with you during the entire trip.

Our tours have a good standard of accommodation (average four star) and quality tours for a reasonable price. We use group buying power in order to offer competitive prices.

Past travellers comment that a highlight was the group fellowship. Many new friendships are made and some old ones renewed. Singles are welcomed and will be paired up with a suitable roommate to avoid costly single supplements. 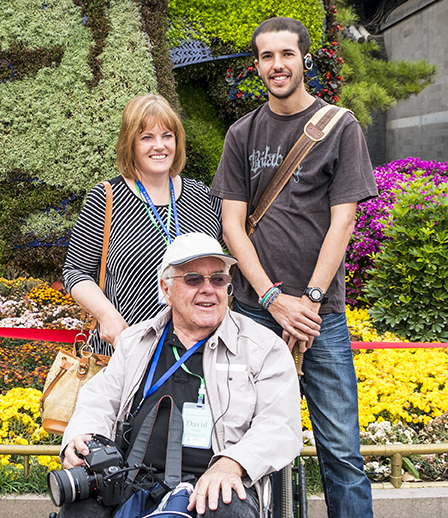 Founder, David Lawson says that his wife Fern should take the blame for it all! As retirees, they planned a trip to Norfolk Island in 2002. Fern suggested that they should encourage a few friends to join them. Twelve retirees ended up having the time of their lives on Norfolk Island. That was just the beginning as people who went on the Norfolk trip asked, “That was great, where do we go next year?” It was Lord Howe Island. Then followed South New Zealand, North New Zealand, Victoria and Tasmania. When David organised a trip to the Top End from Darwin to Broome, the response was so enormous they needed to run five trips in order to cater for the 240 people who wanted to join in.  Many more tours followed as past travellers joined and word of mouth brought more from all over Australia and New Zealand.

After 14 years of planning trips, David handed the planning and operations over to daughter, Kaylene who has owned and run an educational travel business along with grandson, Trent, an experienced traveller also. When asked what is his favourite memory of 15 years of touring, David simply states, “My reward has been the joy the tours have brought to so many; the friendship and the fellowship—that is the wonderful memory we cherish.”

Kaylene has over 30 years of travel planning and organisation. Her focus is creating a custom itinerary that offers unique experiences to suit the type of travellers in a particular group. Extensive research of the region being visited ensures that the program runs smoothly and aids in providing a varied and interesting itinerary. With attention to detail, she tries to accommodate individual needs such as diet and accessibility for older travellers.

Having already visited every continent, Trent is a confident traveller. A background in Multimedia and IT, he is the technical person behind the all the records and documents needed for planning group travel. As a group leader, he is often called upon to help with cameras, phones, tablets for those travellers needing assistance. He documents most trips with a video which is available to group travellers once they return home.

Some of Our Past Trips